I took my wares from Coranda.com to a craft fair this weekend – we were at a folk festival and we managed to sell two toys! I was actually quite pleased about that – people I have told about it have been shocked that I only sold two, so I thought I’d explain why I was pleased about it.

I’d gone to the wrong place. There wasn’t really anything on my stall that would appeal at a folk festival, apart from the Pixie Coat – and I’m doing them on commission only as the overheads on the sweaters are quite high. I need to sell at craft fairs where the emphasis is on craft – rather than, for example, a music festival where it’s a sideline. 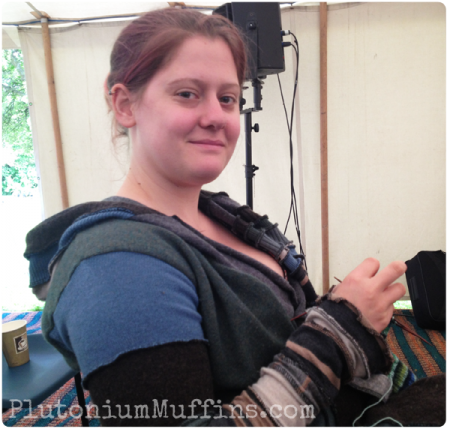 This doesn’t put all music festivals off the radar – the one I’d chosen was just too small with the wrong target audience.

Things I have learnt about craft fairs

This was only the second fair I’ve been to, so I’m quite pleased it was a bit slow. I’ve learnt a lot about them – here are a few lessons that I’ve picked up.

I’m sure there is a lot more that I can say, but I’ll leave it for another time. I’ve got a commissioned pair of socks that I only have two weeks to make, and I need to get on with some pattern searching!

One Response to [Blogjacking] Things I have learnt – Craft Fairs