I have another post queued and ready to go, but WordPress is having a hissy fit and won’t let me upload my FO projects so you get an August Resolutions update instead. (I mean, what’s the point in uploading an FO post with no photos of the FO? Webmonkey John is going to fix this for me.)

Anyway, I do have an update on the August resolutions for you. Find out what the rest of the gang is up to in Resolutions Monthly on Ravelry.

Just so you have a vague idea of what is going on with this recap, the bold bits are the resolutions I set, the italics what I said at the time about the resolutions and the normal text is my progress to date.

As you probably know by now, as if I haven’t talked about it enough, my main resolution was to publish the first episode of the Plutonium Muffins podcast. Success! You can listen to it here if you would like to have a gander. 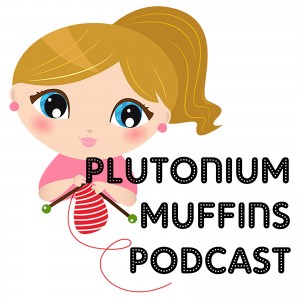 The sub-resolutions are at a halfway house now. You know how I said I felt that August was going to be more manageable than July? Turns out it’s been less manageable, but I have got some knitting done so I will discuss.

I’ve been working on a couple of other projects too – hence having some FO’s that I now can’t talk about, but you’ll find out about them later, when John has kicked my website into gear. So that’s it for now!

Have a great weekend.