I know, I know, I promised you a post yesterday, and now I’m late introducing you all to Kittylow. I was at Loop for Knit Night, got home an hour later than I planned (I got distracted by couscous in Sainsbury’s…seriously, I was looking for it for about half an hour, I still don’t know what aisle I found it in) and basically went straight to bed.

Here he is. He’s definitely a ‘he’…don’t you think? Kittylow was made from a load of acrylic yarn I had lying around, and stuffed with standard Hobbycraft stuffing, polyester. He was my festival knit, and he went really, really well. 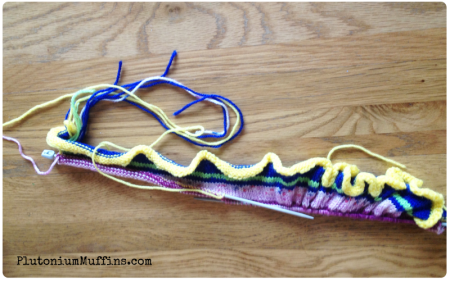 I started him when we first moved to the flat, intending him to be my side-project for August. Well, so much for that – he ended up being my main project, finished in record time and so loved by the flatmates that one of them walked around with him under their arm for an entire night – while hosting a party! 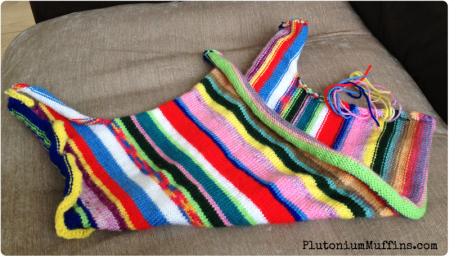 I was going to embroider a mouth on him as well as eyes and a nose, but put him down while aforementioned party was going on. I then picked him up again and noticed a darker patch in the variegated yarn I used in the area where his mouth could be embroidered…and it looks like a little unimpressed sideways mouth where Kittylow is saying “stop looking at me and feed me salmon”! So, he shall forever remain unimpressed – and salmon-less – and as real to an actual cat in expression as I could have got him. 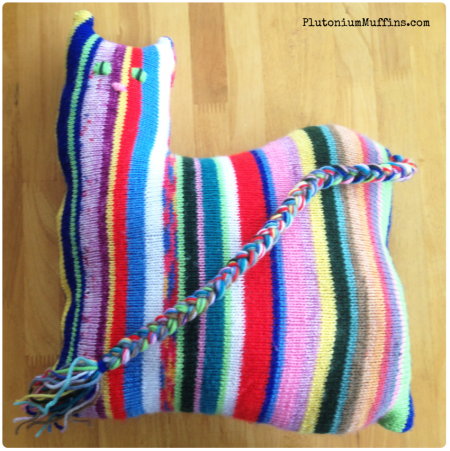 That’s about all I can say for now. He has joined the plethora of pillows in the flat, and I’m going to make another…although in a different way, which is a different story for a day when I have got my head around the direction my knitting is taking now that I’m back in London…

On that enigmatic note, I’m off. If you want to join the Great London Yarn Crawl, I’m giving you a chance to win my ticket because I can’t attend anymore. The giveaway is here and ends on the 14th of September 2013, so head on over for chance for a day of yarn bliss. 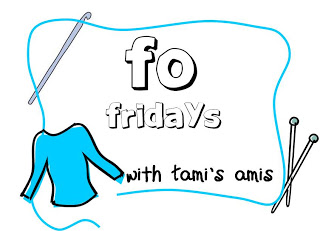 5 Responses to Kittylow is done!